By human standards of achievement, every individual is categorised into one of two major social status; the rich and the poor. In today’s world, there is a clear cut difference between the poor and the rich; not because of how much money or asset they have, but based on how they process. I have always emphasised that poverty is not first a lack of cash, but a mentality. Until the poverty mentality becomes extinct, wealth is far from such a man.

Let me share a story with you about my encounter with a young man in the course of evangelism, yesterday.

While engaging in a very interesting discourse with him, a friend of his came to his business place and hailed him for always turning on his generator set. He then shared the story of a very wealthy man whom he thought does otherwise.

He went further to explain that when he went to fix air conditioners for this very wealthy man, there was power outage and the man asked that they wait till power is restored. After waiting for several hours for it to be restored, they found out that light only comes from 6am-9am and 6pm-9pm daily. So, he returned the next day after the scheduled morning time for power supply and so had to wait again.

While he was complaining, another worker had to tell him that he also has been waiting for five days. He went out to inquire from the domestic staff why their boss was so stingy and is placing such stringent rules when he has two diesel plants at his disposal. He was told that the plant only comes on from 9pm to 3am and whatever anyone wants to be done would be either within that time frame or when power is restored.

After doing his job, he asked the wealthy man, “Sir, why this habit?” His response was intriguing: “It may seem like I have all the money in the world today, but I may not have it forever,” he said. He added that he would not put on the diesel plant in his hotel and do same in his place of residence, because the hotel generates profit but the home is for luxury and comfort. Also, not switching on the generator doesn’t change who he is. Moreover, if he becomes poor today, he cannot beg and he has staff that he has to pay on monthly basis.

The wise think to only spend when they are certain of the inflow. They consider their inflow (not desires) to do an outflow.

On his way home, the worker thought to himself: “I don’t have up to a quarter of his wealth. If he can uphold a principle as this, why would I keep my generator turned on all day?”

While the conversation was still ongoing, the man I was talking with said that he quickly turned off his generator and decided from henceforth only to put it on when customers are available. He affirmed that he has been able to save quite a lot from that gesture. He therefore drew a conclusion that the reason why poor people remain poor is that they want to enjoy luxury without thinking, but the wise is disciplined in their spending.

While he spoke, I laughed and said “Indeed, all wise people think the same way and so do all foolish people, too.” I know someone who, if he has amassed that kind of wealth, would run his generator 24 hours a day, 7 days a week.

When the wise learn they carry out adjustments immediately and put plans or structure in discipline never to revert to how they used to live that hasn’t yielded much profit for them. On the other hand, when the unwise hear a great thing, they say, “I will change.” After a few days, they forget about it and continue in their previous ways. The intelligent unwise may change immediately but will never put a structure of wisdom in discipline to avoid reverting.

What I am trying to point out here is that when a wise man complains over certain little things, you may have resentments toward it, but it is because they have their life run in a structure and never want to live at the mercy of another man.

Sometimes, some people who you may be helping now without proper planning may just be the very ones to spite you when you are broke. A wise man does not only work to be wealthy but also to protect it for posterity sakes.

I also remember how another worker told me about another wealthy man who doesn’t put on his generator until specific time and even after working for him, you would have to explain what you spent on.

Listen: think before you spend; structure your resources rightly. Don’t spend the way you like but spend from your budget. Spend the way it will profit you and the way you will remain wealthy and make progress in life and not just the way you feel.

While the owner of the shop was talking, a friend of mine who was with me chipped this in: he said there was a day he went to see this particular wealthy man with some visitors and the man asked that the rechargeable light be turned on. My friend jokingly said this isn’t befitting for his personality that he should ask that the generator be turned on. The wealthy man told him the generator will only come on if he would volunteer to buy the diesel to run it as he has already planned the diesel to be spent in a month. He stated that he buys diesel monthly, and buys diesel weekly for his hotel.

A poor man spends to impress even those who may not necessarily be watching. That you have a need or that you can afford it doesn’t mean you should get it; that’s not a wise way to live.

“I, wisdom, dwell with prudence, And I find knowledge and discretion.
Proverbs 8:12 NLT

A fool’s anger is known at once, But a prudent man conceals dishonor.
Proverbs 12:16 NASB

Whoever loves pleasure will become poor; whoever loves wine and olive oil will never be rich.
Proverbs 21:17 NIV

When a poor man suddenly amasses wealth, he wants to make up for his days of being broke and that leads him to being broke again. A wise man lives for purpose; he understands that sustaining wealth is a much greater task than acquiring it.

The truth is: if we don’t buy what we itch to get, we won’t die and truly we can live without it. No money is too small to save and grow. Only unwise people wait for huge one first.

It is easy to identify a poor man, rich unwise man, and a wealthy wise man who lives his life by structure, when you attend ceremonies. While others seek to impress people in their own way, a wise man is not moved by the impression he creates because that doesn’t define his status. Every single penny matters to him – it’s not stinginess or greed; it’s prudence.

Successful and wise people live structured lives. They don’t just jump on anything. Sometimes, some things we do in the name of comfort or enjoyment is just a play of foolishness, when there is no room for sustainability. Don’t live and spend today forgetting that there will be tomorrow.

Albeit, there is also a thin line between being financially prudent, being stingy and being wicked to yourself. To enjoy what’s needful that you have more than enough resources to afford isn’t wrong.

Knowing what the wise does is not enough; go ahead to implement it. If you trade wise principles, you’ll get wise results.

A foolish man will talk down the actions of the wise because he doesn’t understand it, but a wise man will ask questions to know, learn and implement. 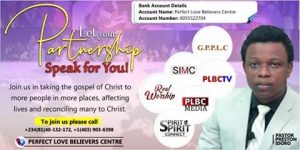